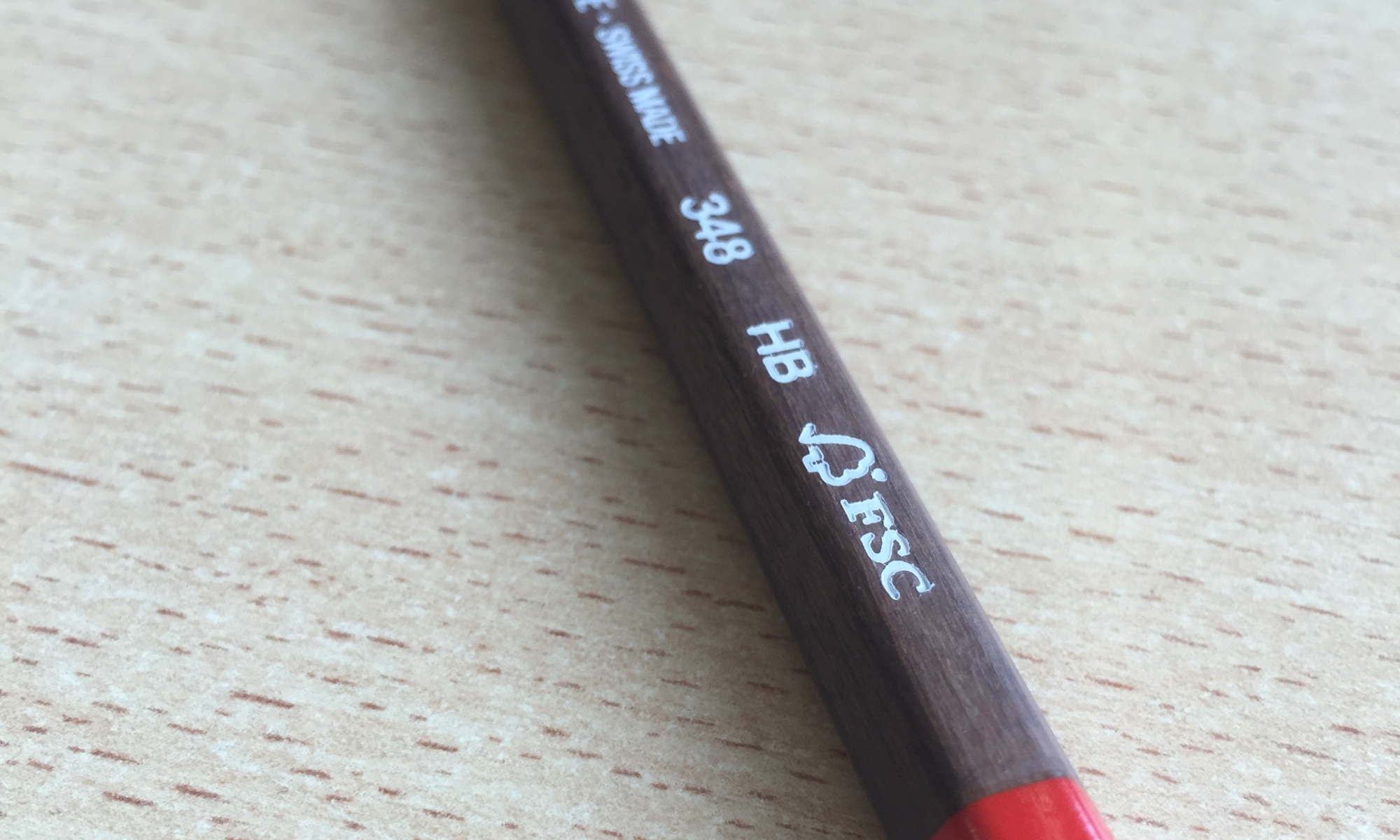 It was kind of difficult to find a store that had the Swiss Wood, when you try to find it in a physical shop that is. I found it in a really nice little shop in Cologne called Papier Pop-Up. Maybe I didn’t look hard enough in the past, but they had the Black Wood on display so I asked if they were also carrying the Swiss Wood. The pencil is really a beautiful one. A bit larger than average, with natural wood finish with some sort of transparent lacquer. The white lettering, the FSC logo and the red tip with the white swiss cross; it’s a surprisingly light pencil compared to its size and the dark wood color really convey a sense of uniqueness.

Then that smell! Some might find it unpleasant, I’m not yet sure what to think of it. Some describe it like the smell of smoked ham or grime. I think it smells a bit like soy sauce. Glovelier Beech seems to be a special breed of beech found in the Swiss, hence the “Swiss Wood” moniker.

I heard a lot of good things about the pencil, before I had one in my own hands, so my expectations were pretty high. That said, I must say that these expectations were way too high. The graphite that is based on clay (!) is not really pleasant. It writes  easily, but with a very light gray tone. It’s lightly sticky, moderately smooth, but too firm for a HB. I was expecting something darker, heftier as the size suggests, but the lead is disappointing from my viewpoint, though still above average. Caran D’Ache has a special place in my heart as they are promoting the pencil in an exclusive and almost luxurious way with their limited editions, especially the Maison series. I’m feeling a bit bad of giving the “Swiss Wood” a less enthusiastic review than I expected, but that is what it is, despite its unique looks and the peculiar fragrance the utility of the pencil is above average.